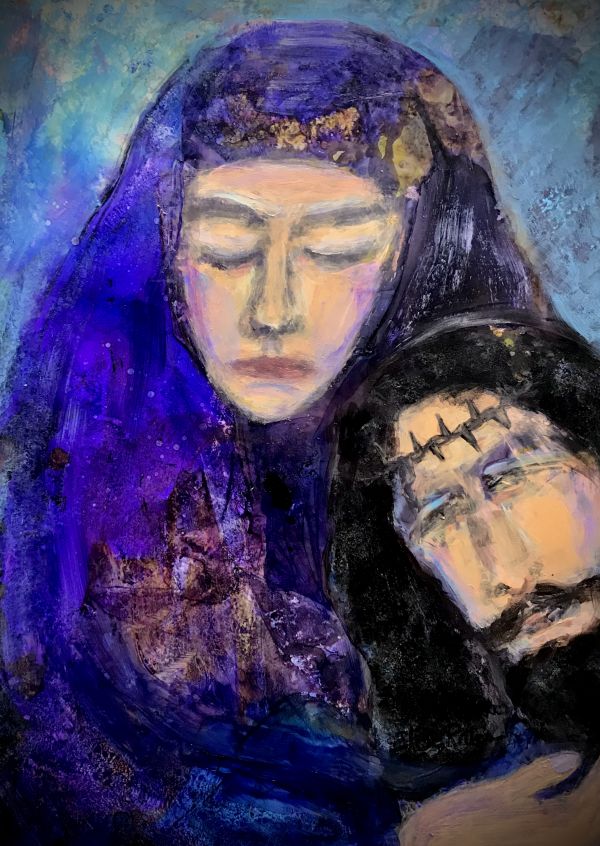 Pray the Stations of the Cross using the booklet we've assembled for this exhibition. (Each image may be viewed at the bottom of this page.)

According to An Episcopal Dictionary of the Church, the liturgical devotion to the Passion of Christ, known as “Way of the Cross” (Via Crucis) or “Way of Sorrows” (Via Dolorosa), comprises 14 Stations of the Cross, each one marking a specific event at the end of Jesus’s life, from the time of his condemnation to his burial. Traditionally, prayers or meditations, as well as specific readings, are offered at Station sites, which may be designated by a cross, include an artistic rendering of Jesus in the particular event being depicted, and be located inside a church or outdoors.


During St. Michael’s observance of Lent, which begins on February 26, parishioners and invited guests are encouraged to explore and experience the practice of praying the Stations, each of which is rendered in a unique, contemporary artwork by one of the artists invited to participate in the group show.

The artists, among whom are abstract artists, textile artists, photographers, and others who work with oils, acrylics, watercolors, wax (encaustic), and mixed media, were given complete creative freedom to employ their particular techniques and mediums to create a contemporary re-visualization of one of the following Stations: 1) Jesus is condemned to death, 2) Jesus is made to bear his cross, 3) Jesus falls for the first time, 4) Jesus meets his mother Mary, 5) Simon of Cyrene is made to bear the cross 6) Veronica wipes Jesus’s face, 7) Jesus falls for the second time, 8) the women of Jerusalem weep over Jesus, 9) Jesus falls for the third time, 10) Jesus is stripped of his clothing, 11) Jesus is nailed to the cross, 12) Jesus dies on the cross, 13) Jesus’s body is taken down from the cross and placed in his mother’s arms, and 14) Jesus is placed in the sepulchre.

To invite spiritual, intellectual, and artistic reflection and to encourage discussion about the nexus of art and faith and their parallels with contemporary issues such as hate and persecution, discrimination and injustice, homelessness and placelessness, a series of questions has been written for viewers and can be found in the blue exhibition binder in the Parish Hall. The blue binder also will contain biographical information about each artist in the show, as well as Artist Statements; a Lenten exercise created by St. Luke’s Church in Sedona, Arizona; a set of readings and prayers; and a list of selected resources for those interested in other artists’ perspectives on the Stations of the Cross.

All the artists, who represent not only Maryland, Virginia, and the District of Columbia but also the states of Maine and Texas and include two married couples and four of St. Michael’s own artistic talents, have been invited to a reception on March 1. Victoria Emily Jones, who writes the influential Art & Theology blog, plans to attend with her husband.

Included in this Gallery are images from the Lent, 2020 exhibit.