This section of the exhibit provides the artists’ sources of inspiration for their paintings. One painter took her inspiration from her stone cairns, while the others took theirs from writers, poems, or quotations. Text in quote marks are the paintings’ titles.

Elisabeth Hudgins’s own stone cairns are the source of her inspiration for her paintings; she based several of her paintings on the cairns, photos of which are displayed here.

“I Am the Beauty Running Through the World”

“The Light Hidden within Nature”

Who does not feel the magnetic appeal of the leaping water that dissolves into rivers and pools, reflecting, changing, shouting, and powerful.

“The Earth Is a Holy Place”

Teilhard de Chardin had the rare perception to see the world as a deeply spiritual manifestation of The Divine, spirit moving slowly enough to be seen.

“Within Are the Sacred Mysteries of Life”

The Feminine has always signified mystery and a profound connection to life. It is the wellspring of intuition.

Water bubbles up through the rocks, gathers in caves, spills over edges, gurgles through crevices, and sponsors life along the way.

Poet Christina Rossetti wrote, “Tread Softly! All the earth is holy ground.” The emergence of spring waters from the rocks is a miracle and a divine gift, nurturing plants and animals and embodying hope.

That is happiness: to be dissolved into something complete and great. ~ Willa Cather

My friends have made the story of my life. ~ Helen Keller

There is a great deal of unmapped country within us. ~ George Eliot

We all live in suspense, from day to day, from hour to hour; in other words, we are the hero of our own story. ~ Mary McCarthy

Faith is the centerpiece of a connected life. It allows us to live by the grace of invisible strands. ~ Terry Tempest Williams

Other things may change us, but we start and end with the family. ~ Anthony Brandt

Above all, watch with glittering eyes the whole world around you because the greatest secrets are always hidden in the most unlikely places. Those who don’t believe in magic will never find it. ~ Roald Dahl

If you look the right way, you can see that the whole world is a garden. ~ Frances Hodgson Burnet

All of the titles of Deborah Taylor’s paintings are quotations from Mary Oliver poems.

“ I Stood There Once, On the Green Grass, Scattering Flowers”

“A Madness of Delight, an Obsession”

“The Flowers, Anyway, Are Happy Just Where They Are”

“Oh, To Love What Is Lovely and Will Not Last”

“Sometimes There Are No Rules”

Quoted from Mary Oliver, “Three Things to Remember” in A Thousand Mornings (Penguin Books, 2013) and in Devotions: The Selected Poems of Mary Oliver (Penguin Press, 2017)

“Have You Heard Them Singing in the Wind?”

“It is a Curious Thing Just to Be Alive”

Note: The poem uses the word “serious” instead of “curious”. 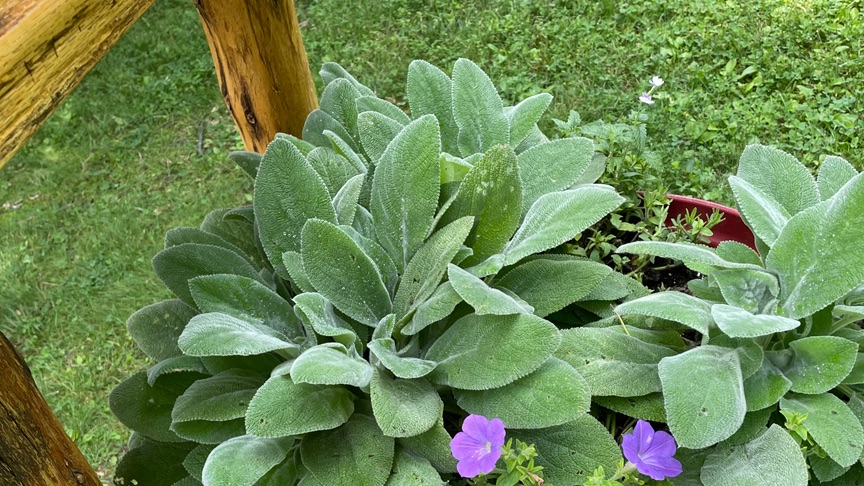 9 AM Holy Eucharist on the Lawn
Please bring a chair, and dress for the weather.

Our service will not be available on Zoom this week as we will be worshipping on the lawn.

For all indoor worship services

At this time we will continue to ask that all attendees of indoor worship services wear masks, preferably well-fitting N95 or KN95 masks. Wearing masks makes our indoor gatherings as safe as possible for all, especially those who are at higher risk for contracting COVID. Masks are available at all entrances to the building for anyone who may need to make use of them. We appreciate your thoughtfulness in caring for your neighbor.