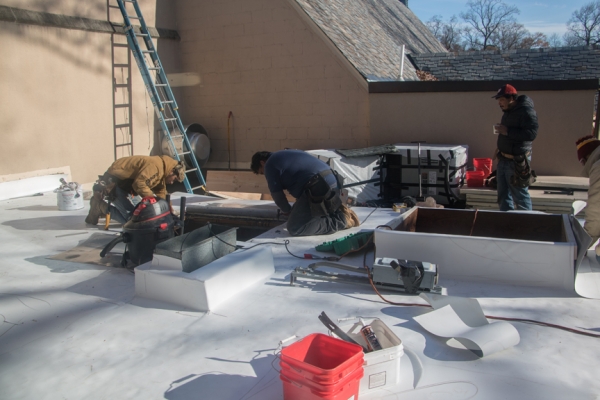 As noted in previous communications, replacement of the church roofs was long overdue, as we had experienced additional leaks almost every time it rained this past year.

If you have come by the church during the past two weeks you may have seen a fleet of trucks and crew of eight to ten roofers removing many layers of the old roof over the classrooms and office and installing new skylights, insulation and surface material. We hope to have the exterior work completed by the end of this week or early next week, and can begin evaluating the extent of the interior repairs needed in the office and classrooms wing. Take a look at the shiny new copper parapet and scuppers on the flat roofs as it won’t be long before they begin getting a nice patina.

Work on replacing the sanctuary roof is scheduled to begin the week of December 7, though that is dependent on having a fairly long stretch of clear weather with moderate temperatures. As noted previously, we will be replacing the slate tiles with asphalt shingles as the cost of replacing with slate is prohibitively expensive. We anticipate that we will need interior work done in the sanctuary given the brittle substrate, but the extent of those repairs will not be known until the exterior roof work is completed. There is also structural work that needs to be done at the Rectory. The cost and extent of the interior work at the church will inform how much work we will be able to do at the Rectory.

There is a reason why this work is so expensive as it involves significant amounts of materials and labor. In order to pay for this work, we have taken $20,000 from the major maintenance fund, $130,000 from the endowment and anticipate taking out a loan of $100,000. We are thankful that we were able to draw on these funds given the urgent need to replace the roofs. Paying off the loan, rebuilding the major maintenance fund and rebuilding the endowment will need to be a priority. Given the myriad uncertainties this year, we are reluctant to begin a fundraising campaign, but year-end contributions to the roof fund will be gratefully accepted! 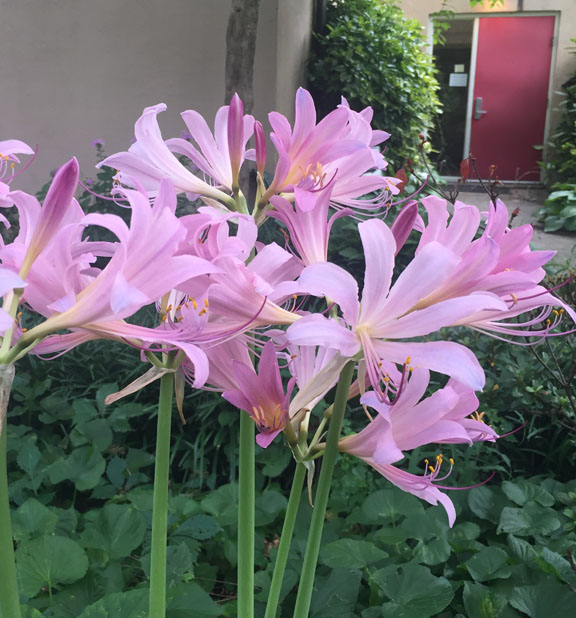